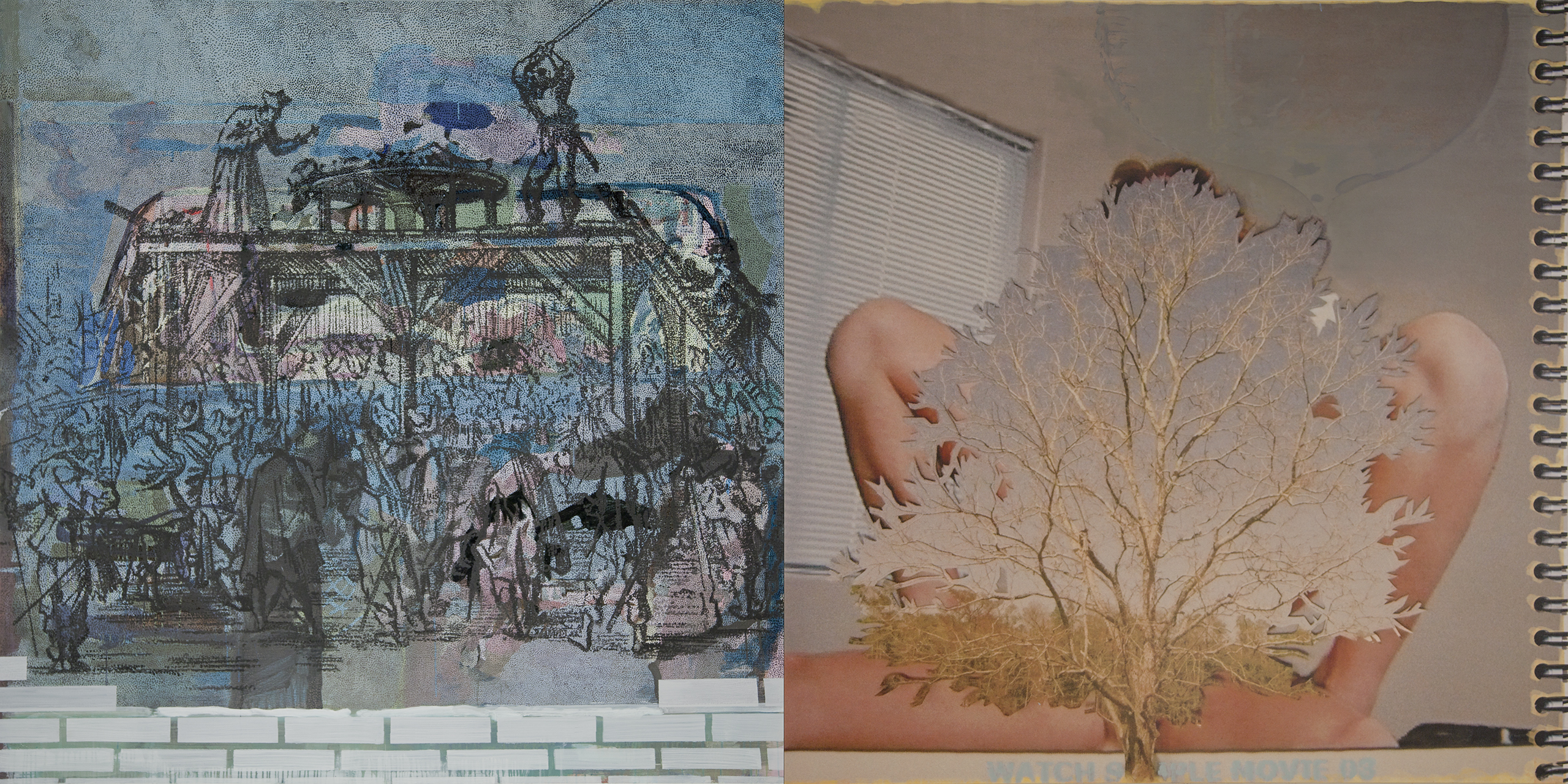 The narrative of this first diptych uses imagery that addresses issues concerning the Eighty Years’ War, also known as the Dutch War of Independence. In essence it was a religious war against the Spaniards which lasted from 1568 to 1648. Led by William of Orange, quite a few cities and states started a revolt against Philip II. As a result many Dutch cities not only converted to Protestantism almost overnight, but they also allowed freedom of religion and thought within their city walls. The Dutch Republic soon became a refuge for immigrants from all over Europe, marking the beginning of an era known as the ‘Golden Age.’

The image on the left panel derives from a series of etchings by Jacques Callot, Les Grandes Misères de la Guerre, illustrating looting, arson and executions during the Thirty Years’ War that was simultaneously taking place in the first half of the 17th century. A man, assisted by a priest, is being broken on the wheel as many local people gather in the town square to observe this brutal execution as if at the theatre.

Today the Internet is an important public domain where people are seemingly privately confronted with a wide range of affairs, often with obscure and opposite moral distinctions; a potential matrix of indifference toward any particular set of principles.