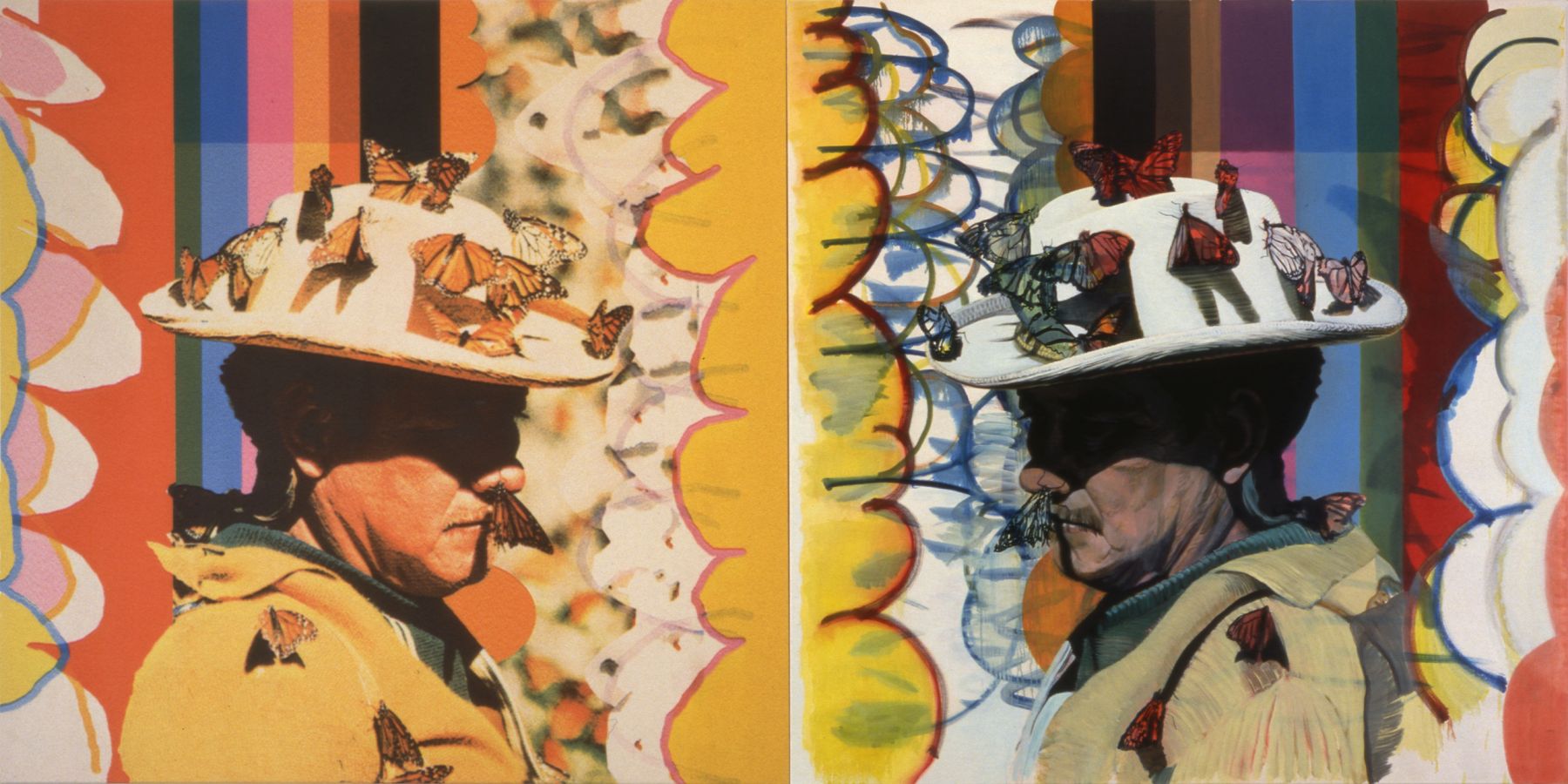 Every morning there is a fresh encounter when you look at yourself in the mirror after getting up. You have a silent conversation with your other self in the mirror that regularly feels like a confrontation. Most of the times the figure in the other world plays the role of your ‘guilty’ side, demonstrating aspects of your personality and behavior you don’t always favor. But probably if you can project their bad aspects on the guilty figure in the mirror, you compare favorably and that makes you feel better about yourself.

The image of a man covered by Monarch butterflies, as if human beings are the only natural place left for butterflies to sit on, is mirrored in this diptych. The background to the man is almost completely made up of abstract forms and other artificial elements, apart from this single stretch of fading nature.

The reflection, the combination of a plain print and painting in mirror image emphasize the relationship of photography and painting and therefore easily relates to the work of Walter Benjamin. In his essay, The Work of Art In The Age of Mechanical Reproduction, he discusses a shift in perception and its effects in the wake of the advent of film and photography in the twentieth century. Benjamin argues that the aura, the unique aesthetic authority of an original work of art is absent from the mechanically produced copy.

In 1986 scientists discovered this place in Mexico where all Monarchs from North America migrate to in winter. It is hard to believe they migrate over such long distances; their sheer numbers are incomprehensible.