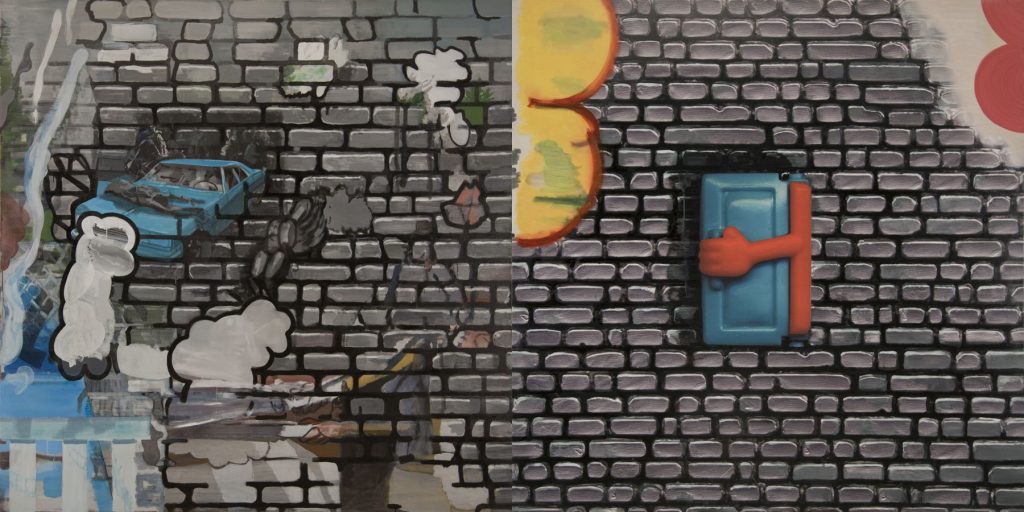 A brick wall fills the whole work. In the grid it also connects to the wall in the following diptych Neighbors, 1997. Walls can present a barrier that blocks further progress. This wall has a door built into it that is kept shut by a red cartoon-like arm.

On the left the wall serves as a screen on which imaginary images have been projected that seem to dissolve the wall itself. Thoughts and ideas are celebrated for pushing boundaries. However, these projections show what could be a violent raid on a car or graffiti, hinting at cruelties and other violent confrontations in times of turmoil and civil disobedience. In the aftermath of a revolution most innocent people are forced to move into unknown territory where they encounter one boundary after the other.

The door offers a possible escape from this side, but it’s uncertain where it leads. The door and its hinge mechanisms can simultaneously give the impression of an opportunity to pass through to the other side if we possess the right password.