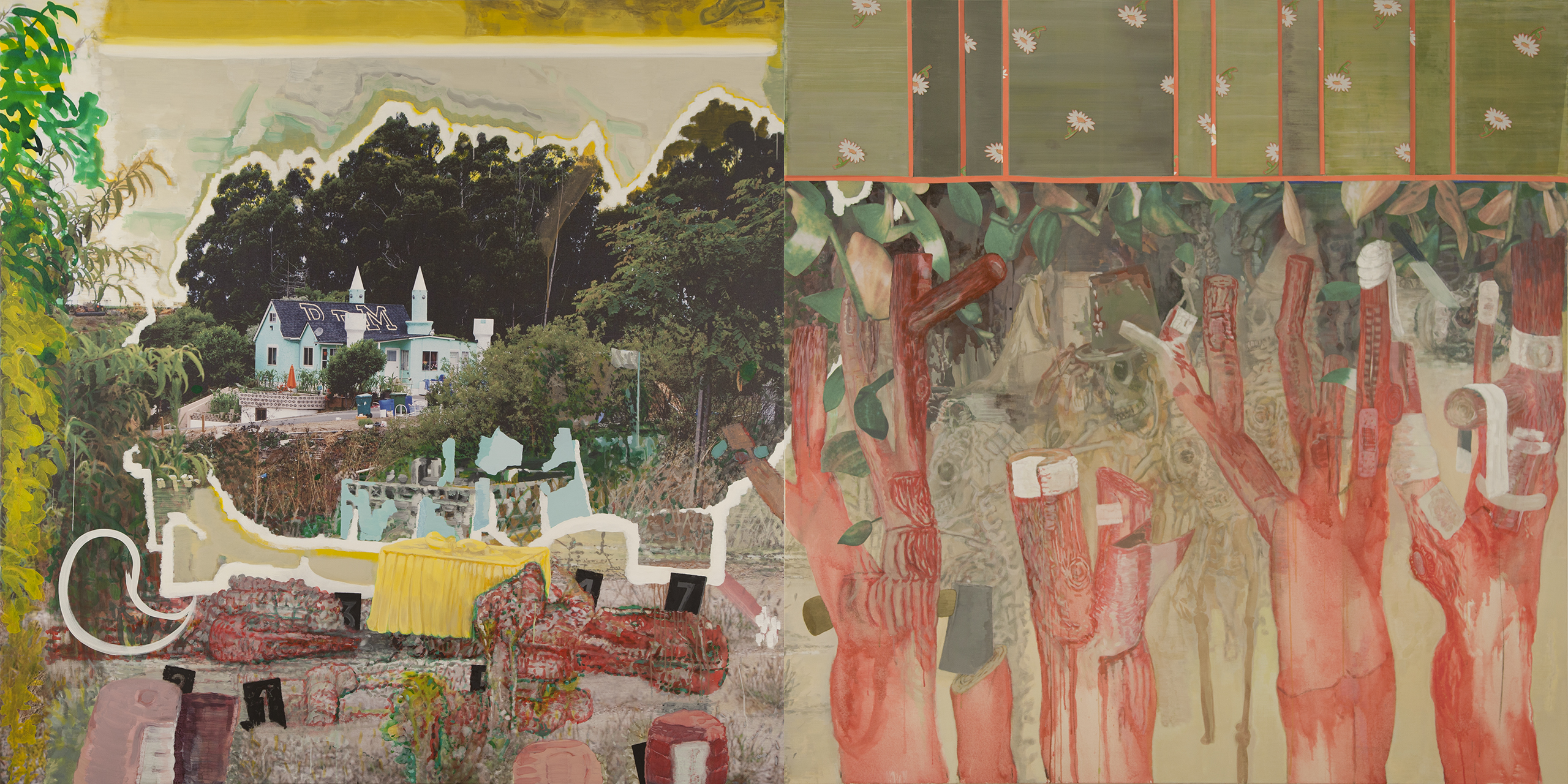 Horror is a very popular genre in movies, television and online media today. Extreme imagery appears to be the standard, as if necessary for contemporary experiences. Of course competition is fierce: news channels bring breaking news, spreading images of war, crime, and disaster around the world 24/7. Ultimately the overkill of images and sources of explicitly violent imagery has left us immunized and apathetic. Apathetic regarding real and virtual scenes of violence.

A single family home remodeled into a poor man’s castle over the years serves as a backdrop to the crime scene in the foreground, turning the site into an open-air theatre. In the front there is a collection of human or animal parts that have risen to the surface. In the space between the poor man’s castle and in-your-face burial ground there is some kind of self-destructing garden furniture, except for a bright lemon yellow table cloth. At the bottom of the image there are four blunt forms that intrude from the panel just below.

Underneath a geometric tissue motif, including a series of falling daisies, we find the same familiar lily leaves from previous panels. Immediately below this wall of vegetation is a parade of skeletal figures; painted in a manner to render them phantomlike. In the forefront is a line of blood-colored tree stumps brutally cut and bandaged with sterile gauzes. A handheld hatchet has been planted in one of the stumps.